Two punks meet freight hopping in the middle of the night. Jazz, who is on a journey to define oneself and Pop who is returning home to the big city by the sea. In this oasis at the end of the world, they will meet a series of characters, all haunted by a symphony of indeterminable desires and by the irresistible dream of a life without limits. Each of them will open up to Jazz, philosophize thru the night, and share their most intimate fears and reflections on a world whose meaning constantly slips through their fingers. Through its poetry ― both naïve and lucid ― Please Thrill Me gives a glimpse of a universe in which ephemeral yet inevitable friendships arise. Life has a way of detracting our plans, of making them sway with its moods, but let us not give up until the very end. The true meaning sometimes only shows up after the last call.

A musical by Sean Nicholas Savage

Across the spectrum of avant garde pop music, Canadian cult songwriter Sean Nicholas Savage is renowned for his bitter sweet ballads, and beautifully raw live performances, his singing delicate and brave, full of energy and space. Each new record is an adventure in sensitivity and nuance. Although set against a variety of pop culture models, an intimate poetic relationship with the listener remains in stone throughout the last decade. Sentimental, like a misty romantic drama that makes you long for a life you never lived, and yet understand to your soul, Savage’s catalogue is packed with wonder, hope and roller rink echoes.

Although many albums into Savage’s prolific career, this is his premier theatre work. A musical, with dialogue and songs centred around a main story, heightens a style of narration that’s already prominent in Savage’s previous work and enables the audience to discover a new facet of his literary output, outside of poetry publications. In a live setting, Savage is most well known as a one man show and, until now, this is where the most theatrical elements in his work could be seen. From the perspective of holistic art, the ultra-referenced visual aspect of Savage’s art (as can be seen in his video clips) will be translated on stage, in the sets and costumes created by BOP’s designers. 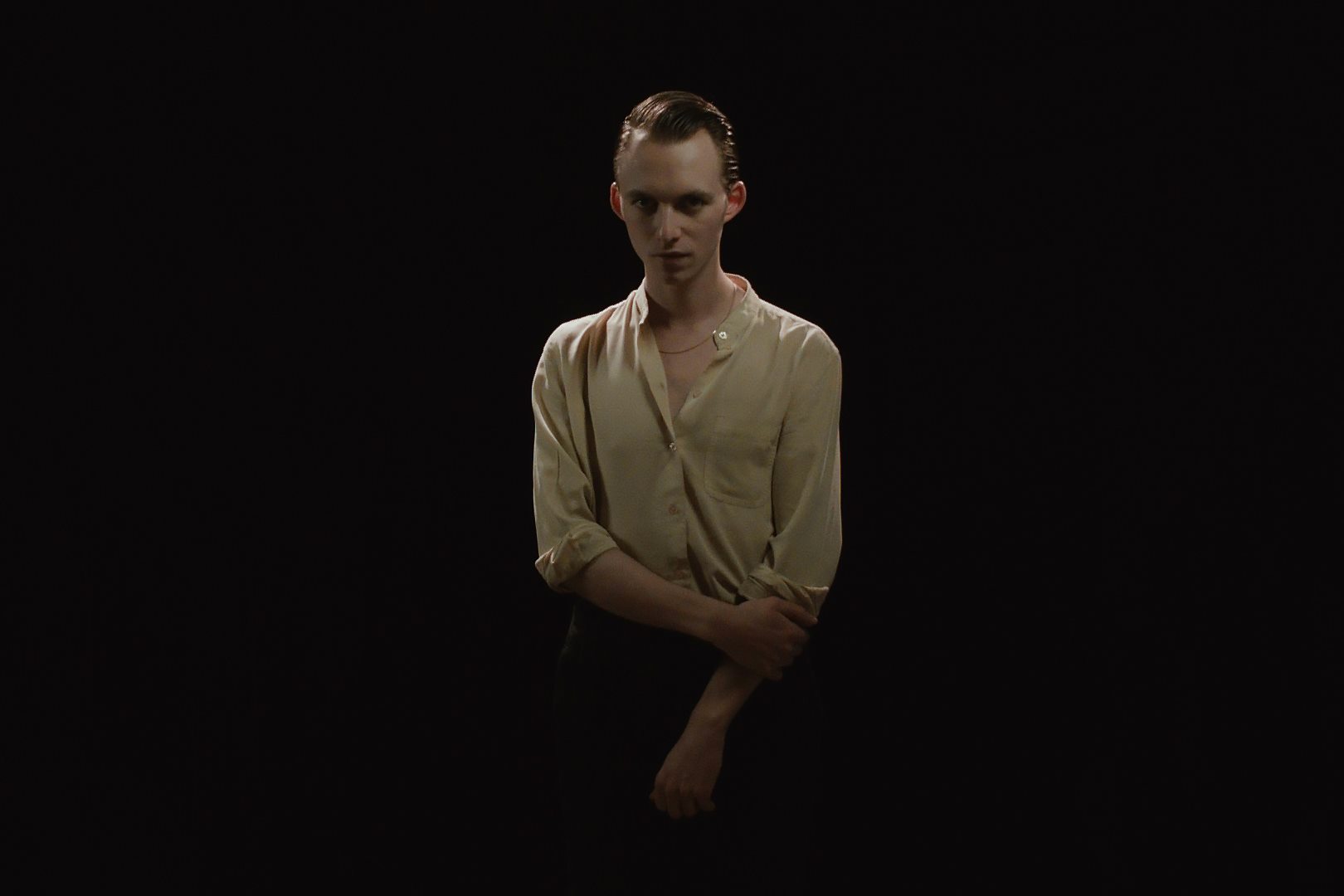 Adam Byczkowski is a Polish singer, producer and ballad composer. After participating in Warsaw’s growing indie music scene, he moved to Berlin in 2013 to pursue a solo career as Better Person. The same year, he released his first single “I Wake Up Tired” which led to an EP “It’s Only You”, released on Berlin’s label Mansions and Millions. The EP was followed by three years of extensive touring around Europe, North America and Asia. In the meanwhile, he managed to play open for artists like Timber Timbre, Alex Cameron, TOPS, John Maus, Jessica Pratt, Weyes Blood, Roosevelt, Amen Dunes, Molly Nilsson and others. The 2017’s single “Zakochany Czlowiek” led to more attention and even more shows around the world. In the past year, Better Person worked on his debut record, recorded in the summer of 2019 with Ben Goldwasser known from MGMT, to be released in 2020. 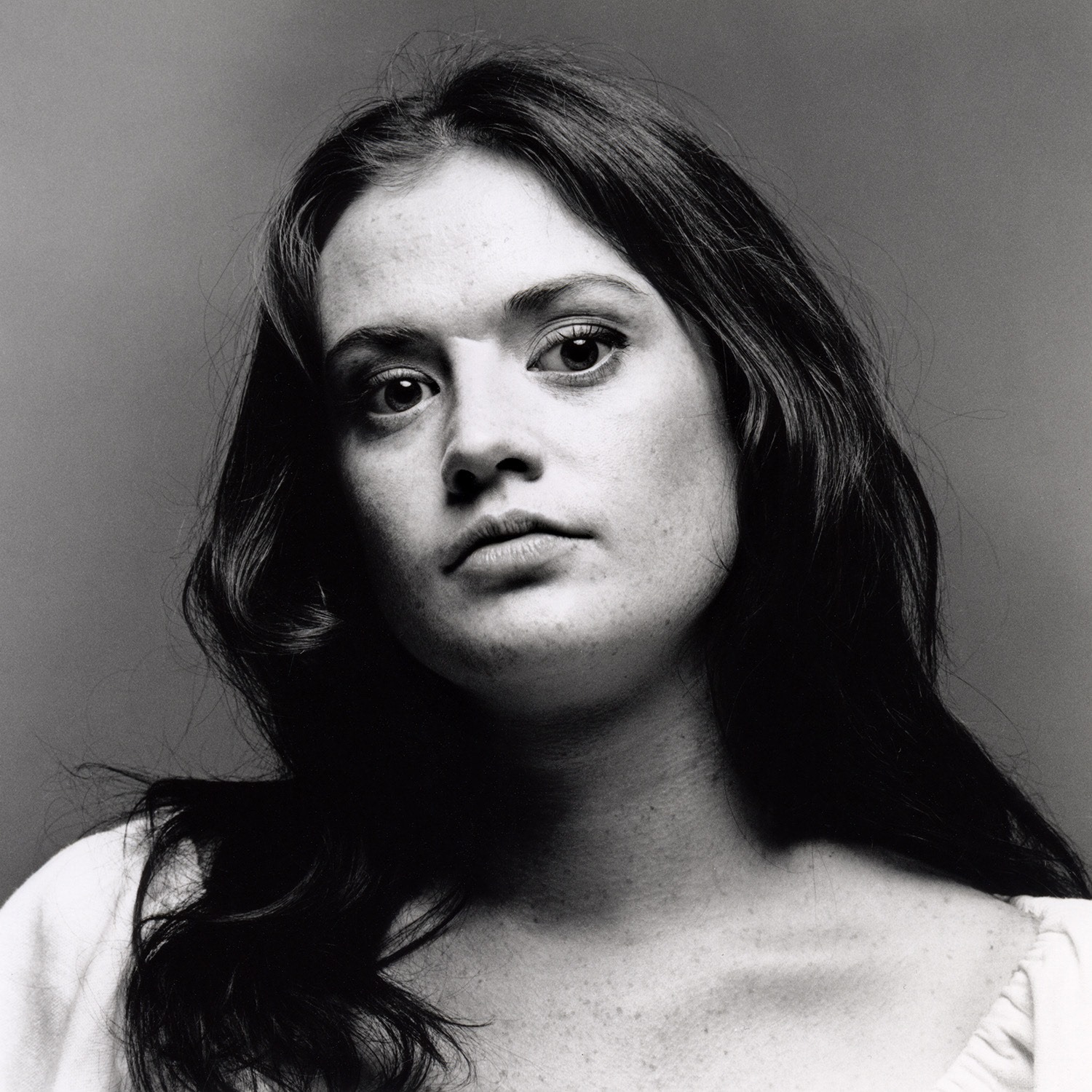 Jane Penny is a multi-instrumentalist singer, songwriter, director and performer. Born in Edmonton, Alberta, she discovered her passion for music playing the flute. After moving to Montreal in 2006 to pursue a Cultural Studies and Art History degree at McGill University, she became involved in the DIY pop scene orbiting Arbutus Records. In 2011, she started the band TOPS, which has gone on to release three acclaimed LP’s and tour internationally. As the lead singer and voice of the band, her artistic sensibilities and perspective are an intrinsic part of what has defined the group. Her participation in Please Thrill Me (2020) is her first foray into theatrical performance. 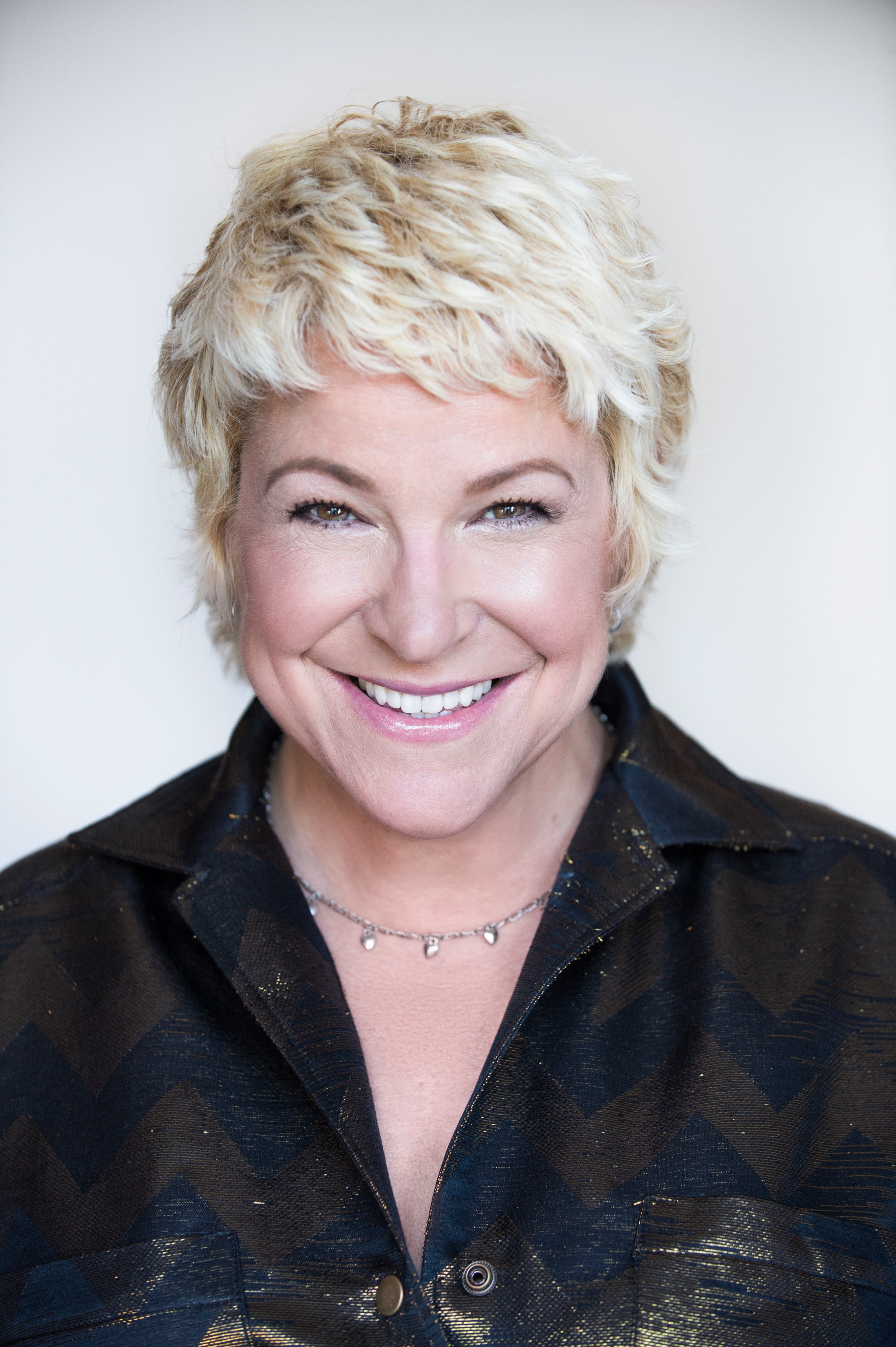 The Quebecois singer and actress Lulu Hughes has been a highly active member of the cultural scene for more than 25 years. During the 1990s, Hughes was a soloist for The Montreal Jubilation Gospel Choir, and she has served as a back vocalist for renowned artists and ensembles such as Roch Voisine and Too Many Cooks. In 1999, the author and producer Luc Plamondon gave her the role of Marie-Jeanne, the “serveuse automate”, in the cult rock-opera Starmania. Hughes championed this role until 2001 in Paris and abroad. After the release of her critically acclaimed first album in 2002 and of Crazy Mama! in 2006, singer-songwriter Lulu Hughes produced Lulu Hughes and the Montreal All City Big Band in 2010, a musical work that, through its combination of jazz, blues, rock and pop, does justice to the singer’s stylistic versatility. 2006 marked her debut in the world of cinema with her role in Dan Bigras’ film La rage de l’ange. In 2009 she played in the film Suzie by Micheline Lanctôt. The artist is also distinguished by her involvement in the community: as a spokesperson for the women’s shelter La Maison chez Doris, she climbed Kilimanjaro in 2006 to raise funds for the organization. Lulu Hughes is currently working on a fourth music album, to be released in the fall of 2020. 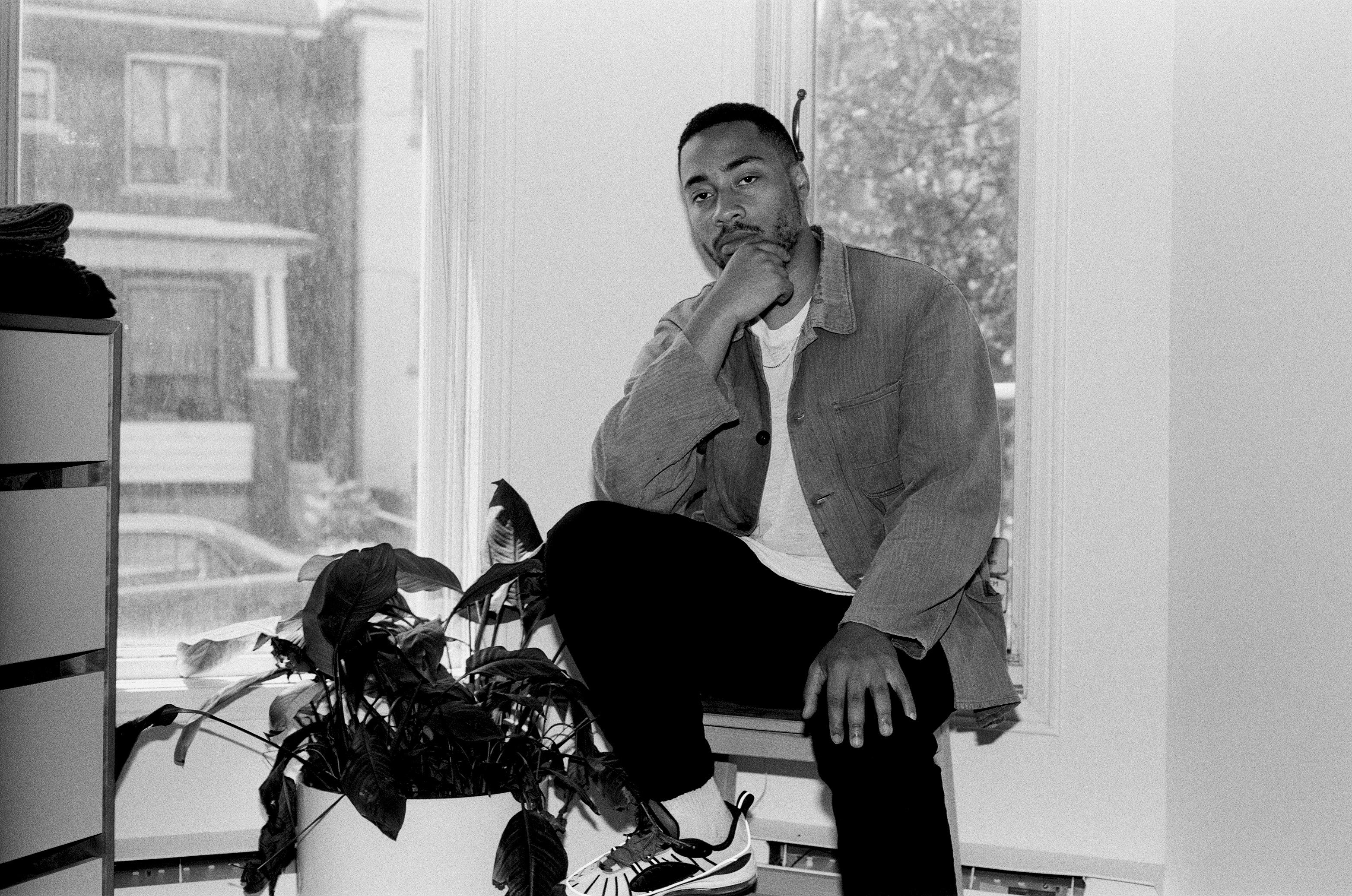 Roland “Rollie” Pemberton is an Edmonton-born, Toronto-based rapper, producer, writer and host. Under the artist name Cadence Weapon, two of his albums have been shortlisted for the Polaris Music Prize in 2006 and 2012. Pemberton was Edmonton’s Poet Laureate from 2009 to 2011. His poem “Monuments (The City in Three Parts)” has been featured on flags hanging along Edmonton’s Jasper Avenue since 2011. He was narrator / writer for VICELAND shows PAYDAY and Mister Tachyon. He’s hosted lectures at Trampoline Hall and Red Bull Music Academy and his poem “The Garden” is part of a bronze sculpture at the Alberta Legislature Grounds. Pemberton is an occasional guest host for CBC. 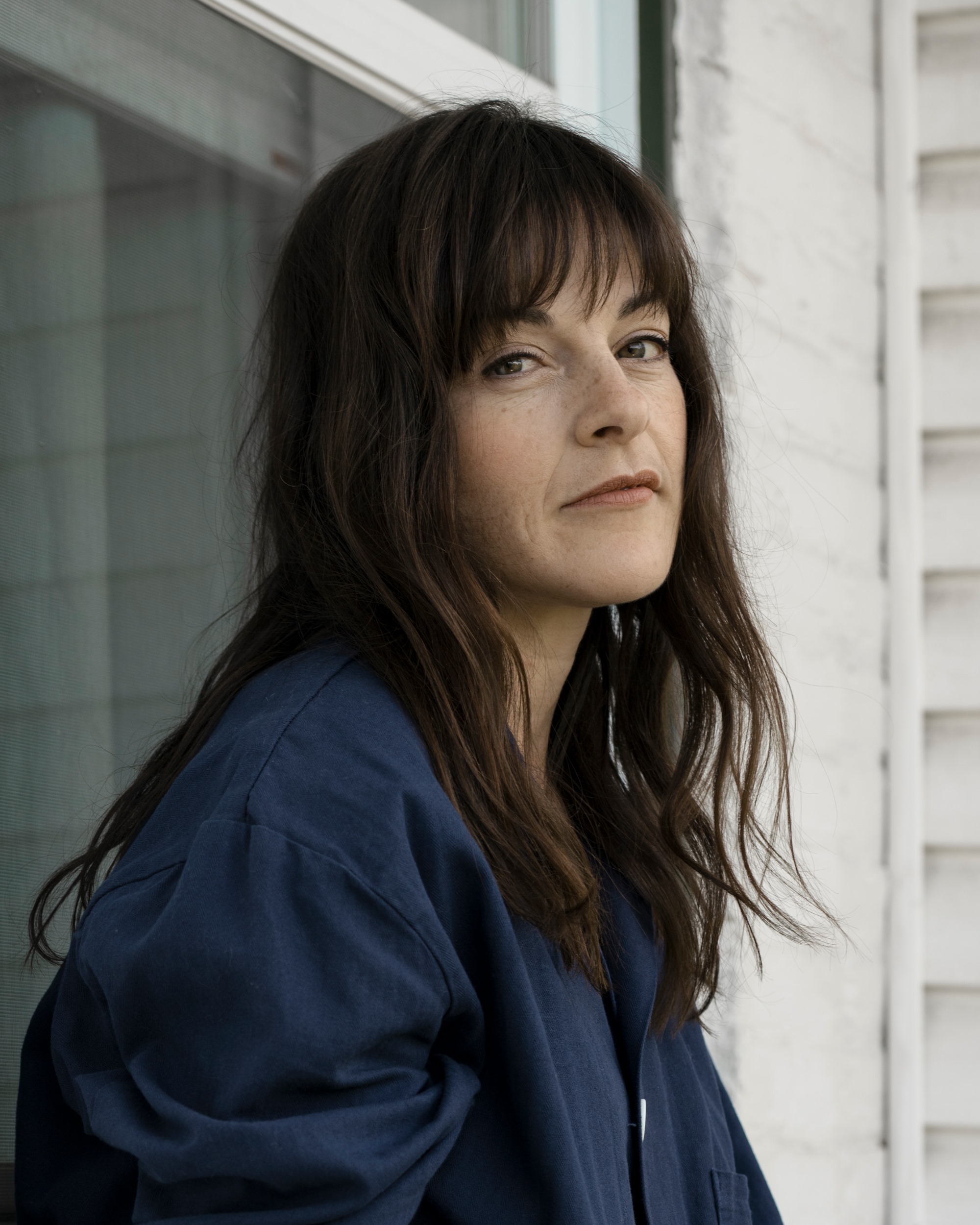 A leading figure of the Montreal theatre scene, Sophie Cadieux has been part of more than 30 productions as an actress and director. A purposeful and audacious artist, she enjoyed a three-year residency at the Espace Go theatre where she signed her first stage production with the play Tu iras la chercher. Co-founder and co-artistic director of the Théâtre de la Banquette arrière, Sophie Cadieux has also been involved with the Ligue Nationale d’Improvisation (LNI).

Sophie Cadieux is the winner of the Prix de la critique by the Association québécoise des critiques de théâtre, of the LNI Pierre Curzi Trophy, of three Gémeaux prizes, and she was nominated in the Best Actress category at the 58th Monte Carlo International Television Festival.